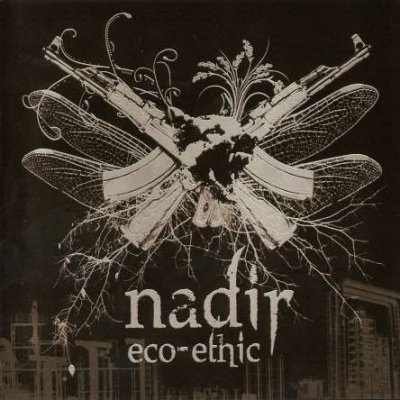 ‘Nadir’ was formed in 2004 in Hungary. Since then they have 3 albums and 2 split-releases. Before that, they existed since 1993 under the name ‘Dark Clouds’ and had 2 albums released too. This is their latest release, and along with this I’ll review one of their splits too. Talking about this album, it just represents one of those modern death/core 2010 albums. And actually it sounds quite awesome!!! First you’ll come across the amazing production, with hard beats on the drums and harsh low guitar noise. The music can be situated as mix between death metal, core parts and thrashing elements. All in all it’s really worth listening to those 29 minutes, put in 9 songs. On of the things that differs from other bands in the style is the absence of clean vocal (which is great), and also the song constructions are more open minded and complete. Every song has everything, from tempo changes to breakdowns, ending with fast/slow parts… At some moments you can feel symphony sound, but that’s just at precise situations to complete the feeling. This is already an experienced band, and I’m sure they know what they are doing and which directions are taking. They just need to keep up this tempo of constant releasing and producing new ear breaking pieces!!! Highlight point: ‘FUCKING AWESOME SOLOS’!!! Available at my distro! 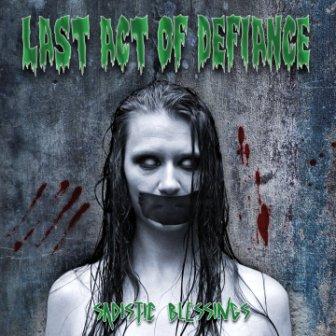 The first independent beginner of this new Macedonian band, found its place on plastic. The bend is formed by veterans of the Macedonian metal scene, which put their forces in this thrash/crossover quartet. The album is a D.I.Y release, which is pretty much natural for this kind of music. The booklet has 8 pages, and it’s filled with song lyrics, images of the band members, and gratitude to the people who helped this CD to see the light of the night. What happens with the music, is that the songs are so fast and powerful, they’ll make you jump right in the center of a mosh, and sing along the melodies and angry choruses!!! With first hearing, this album isn’t so spectacular, but with every new hearing it just gets better. The thing that didn’t offer so much enjoyment at the beginning is the production. In this case, the production with its sterile sound almost killed the whole energy in this. Although every instrument sounds awesome, the production just doesn’t keep the album alive. Zejtin could have destroyed the drums totally, at least from what I hear from his other band ‘Nihilist’, but here isn’t the case’. Highlights: ‘Thrashin Crew’, ‘Really Angry’, ‘City Of the Damned’, ‘See You In Hell’… Anyway, I recommend this sadistic blessing to every thrash and crossover fan!

The next thing HF did after we invited them, was that they invited us to play in Ohrid with Nepokor. The gig went phenomenal and I was surprised by the aggressive behavior (in positive way) of Ohrid’s metalheads and hardcore guys! At this gig I bought this album along with a t-shirt from the band. I must say that this album is pretty much in the same line with ‘More than hate’, but has that better production and artistic, esthetic touch in meaning of bridges, song-length and breakdowns. The band maybe lost a bit of its wildness, but it gained on creativity. Here we have eight songs of which my favorite ‘Running your own shadows’ has the best lyrics and it fits most for live appearances. After this, Harfaced singed with a label from USA that is going to help them in future with organizing shows or releasing albums. Congratulations and keep up that fucking attitude you have! Ohrid HxC Family!!! (BOKI)

This time Mediocracy step in the studio to record another awesome HxC album, filled with energy and wildness. With one word this is completely artistic, you can feel the vibes beneath the skin, pumping blood to the rhythms of the wild punk/sludge!!! Yeah, this is waaay sludgy and layed down towards ‘Human progress…’. I like how these guys simply don’t rush anywhere and keep playing and playing the songs and repeating the best parts in it. The vocal basically is screaming the whole time, and again the guitars keep pushing the melodies over and over and that’s an experience needed to be heard, ‘cos when the HxC riff comes – a thrashing solo starts! It has an overall of eight songs and great artworks, probably done by the vocal. Order these two Cds and you won’t ever feel sorry for the money!